It’s true, Joe Mettle, an award-winning musician of the gospel will walk down the aisle in a few days to come along with his wife known as Sellasie. She is daughter of a priest.

Complete information about the wedding are no longer a secret on social media as a wedding invitation card to that effect is out and it has already gone viral.

Indeed, on August 15, we can claim that Joe Mettle marries in a Holy Union. 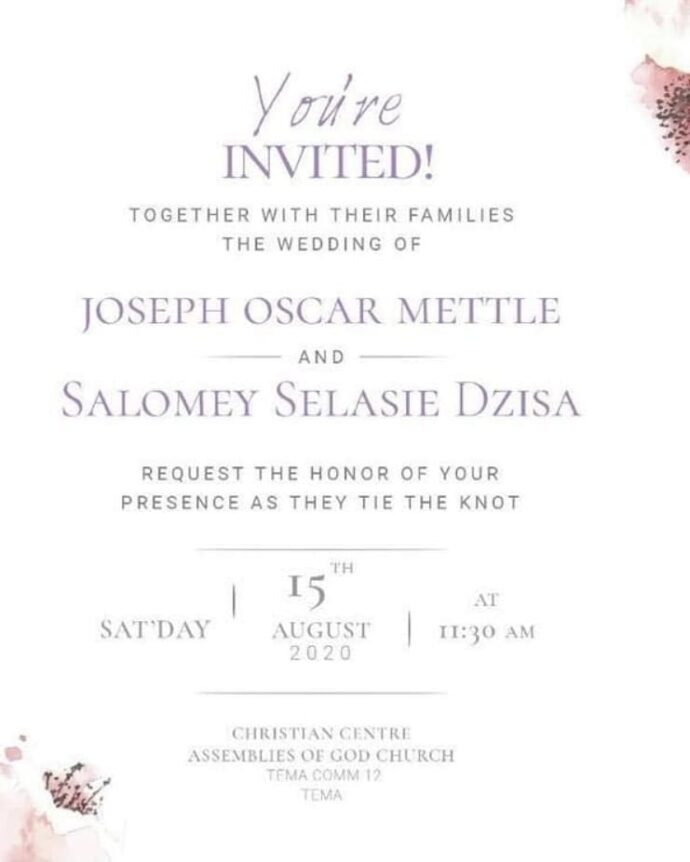 Earlier this year, the Celebrated Gospel Singer, Joe Mettle, had reports surrounding him that he was going to marry this year, but speculations were wild that Berla Mundi, the Tv3 host, was the one.

However, after the news went viral, Joe Mettle denied reports in an interview he gave in the middle of spreading this knowledge about an upcoming wedding with Berla Mundi, ace journalist.

Keep your fingers crossed from Joe Mettle ‘s camp at the latest about his upcoming wedding with Salomey Selassie Dzisa. Compliments!!!

Rema becomes the most viewed afrobeats artist on YouTube.

SO SAD:AHUOFE PATRI LOST HER MOTHER

Kwabena Kwabena Claimed He Compose Better Lyrics When He Get Upset: Check Out