After several reports about the chaos that took place inside the branch of Electroland Ashaiman, people were patiently waiting to hear something from the man who was accused of causing the entire fracas.

Kelvynboy who survived being mercilessly beaten by the former bodyguard of Stonebwoy took to twitter to vent, accusing his former boss of failing to succeed in his evil deed.

Stonebwoy and his outfit, Burniton Music Group, have released an official press statement addressing the issue that happened and the accusations leveled against the award-winning BET artist.

Stonebwoy disassociated himself from the incident according to the release and confirmed that he is currently promoting the new album Anloga Junction so there is no time for such actions.

The press release also confirmed that their lawyers are looking into the matter and taking action where appropriate.

Take a look at following statement: 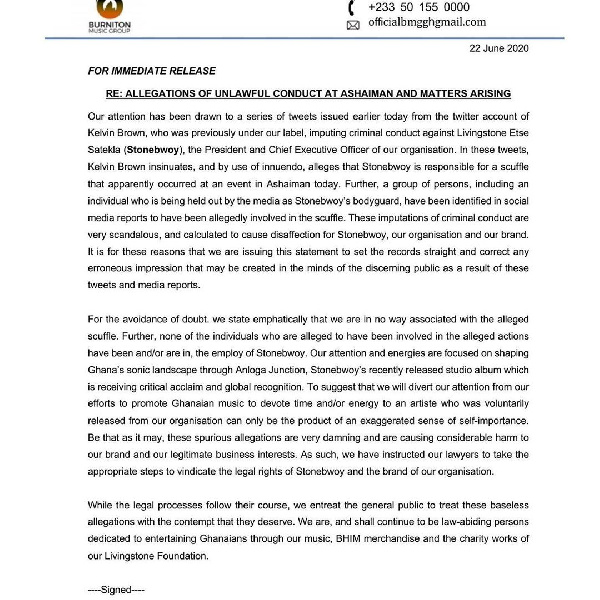 Wizkid Reveals Date For His Next Project

Why I turned down Sarkodie’s collaborative offer – Nasty C

Fella Makafui Asked a Question “What do Men Really Want?” | Check out the replies